Cross-target code in classes: whether or not to do, and how to handle in the IDE? 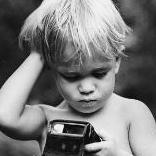