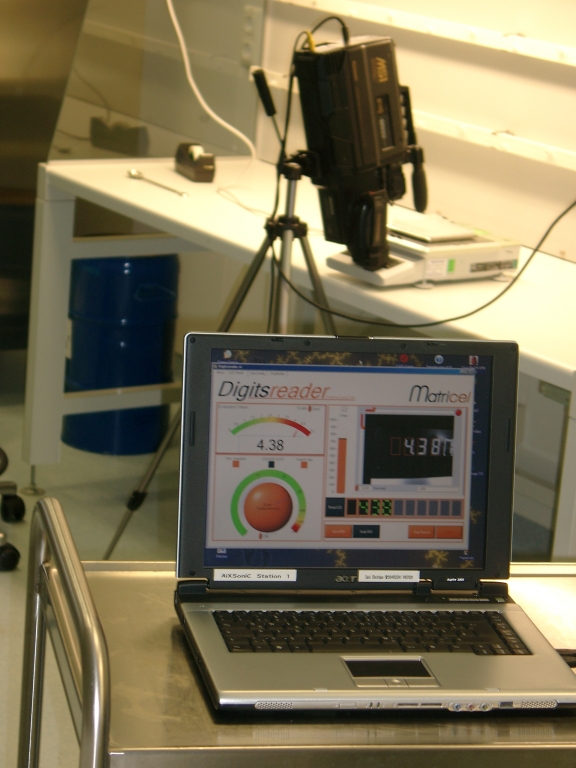 During a project, i had to evaluate the drying propreties of collagenous dispersions.To do so, i had nothing else that i could use but an old balance without any rs232 interface or so. On the other hand i knew that the drying process could have at least a duration of about 48hours and i wanted to record the loss of weight until a constant weight in the equilibrium state (dry) has been reached as this is considerated that the process is finished at the point where you are in an equilibrium state with the moisture of the athmosphere. To do so i wrote an application capable of recording the digits of the balance and translate it into Numbers (floating-point)

The application is reading the video stream captured by the old VHS cam. By using of the ocr features of the NI Vision package i let the LED Numbers to be translated in floating point numbers.

There are no comments to display.