Does anyone know how to generate a user event from Python code? 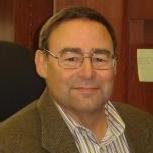