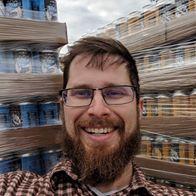 I love LabVIEW and it lets me develop dependable code quicker than anyone thought possible for a decent price. I'm sorry NI, but this is for your own good. You'll thank me one day. LabVIEW is the A

I'm not an auto-tool fan either. It wires when I want to select and you have to select breakpoints and colour chooser anyway.... drives me mad. I'm a Tab and space-bar freak.

Having the Status visuals as a tick or a cross but represented by a boolean. After 17 years of LabVIEW development I still make mistakes when using the error Status boolean and forget that a True mean