Trying to play the video in Reverse 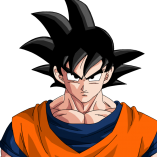 By Elancheran,
January 27, 2019 in Machine Vision and Imaging